I miss Byte magazine... Some of you will remember that; it was one of the best computer magazines ever. I still have a number of years' worth of paper copies, and they are so full of information that is still valid that to this day I occasionally go and pick one up and read an article.

One of the columns I really liked was Jerry Pournelle's Chaos Manor where he described his recent dabblings with various things. He often mentioned his wife Roberta too and how his ongoing dabblings helped her out. Back issues of Byte can be found at archive.org (https://archive.org/details/byte-magazine) if you are interested in catching up.

Anyhow, I decided to write something therefore in the style of "Chaos Manor" :-) but with a musical slant. So, here we go. I'll add these from time to time as I accumulate tidbits to write about.

I had originally written this one on the 3nd December, but to make sense of the flow, I thought I would include it here first even though it has the same blog publication date as today's edition.

The week so far

It's been an interesting week. Picked up a refurb mini 4 128GB in the Black Friday sales for a decent price. 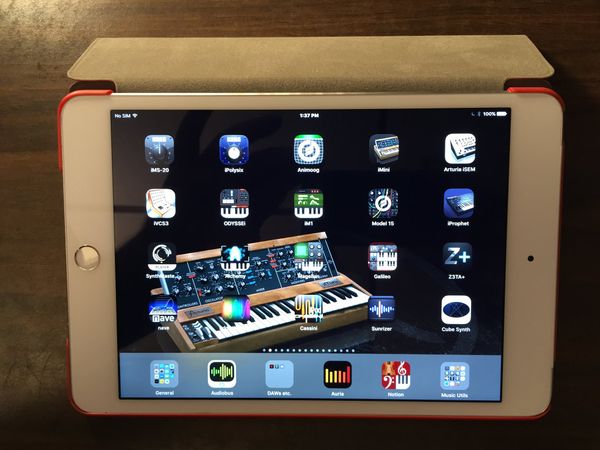 Now all set up - more or less.

I might yet remove some apps - like BM2 - but I'll keep FLM3 for a moment - see if it gets better ;-). Still, it's nice to have pretty much everything on there and nearly 80GB spare to *start* recording with. :-D Finally have some decent breathing room.

I still need to load the SSO samples into both Thumbjam and Auria Pro, and transfer over some Auria Pro, Cubasis and Notion projects, set up a couple of logins, and add some Alchemy sounds, but once done it's pretty much there. Got most of the IAPs and patch sets installed for nearly everything else.

But there's more ;-) We had a "What happened to Z3TA+?" concern earlier in the week - it had disappeared from the app store for a while - I decided to immediately download my complete app purchase set to a new pristine iTunes library. Well, there begins a tale... ;-)

So, just after I'd finished downloading 30GB I decided to close down the Macbook and restart. No dice. :-/ Oh! Wouldn't respond from the machine itself. As it happened, I had an ssh login from a Linux machine already, (I commonly do :-) ) and I did a "shutdown -r now. " 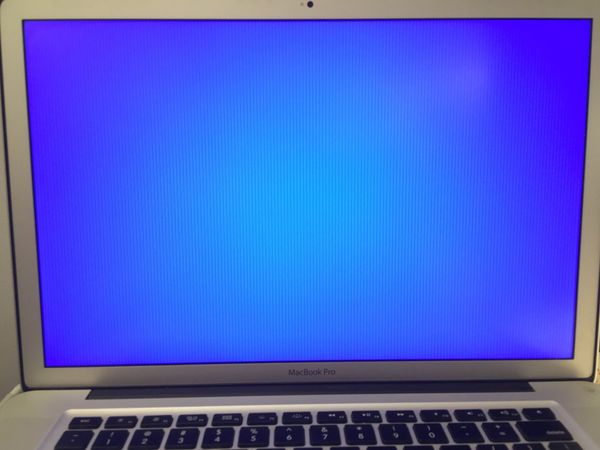 Hmmm. So, after hunting round, it seemed like it was the 2011 graphics board problem. That, as it happens is still (until the end of the year only!) repairable free under an extension deal from Apple. So, I figured I need to avail myself of that, BUT, I didn't want to let the disk out of my hands. It's a 1TB Trion SSD (actually 960GB) I put in, so I removed it and then cloned it with Super Duper on another Mac to a 1TB HD. (More on that in a moment). Meanwhile I created a fresh 1TB Yosemite blank install on the other Mac, (with a dummy PW I don't use for anything else), and put that in instead. No dice. OK. So, not a disk issue. Most likely the 2011 graphics bug, but, swapped the memory in and out and around too just to check. Nope. OK.

So, call Apple. Yep. Sounds like the 2011 bug. Yes, should be a free repair. Take it in. My nearest repair shop is 1hr away. OK. Drive up into the mountains on a dark and stormy night with the lowering clouds full of rain (and fog in the mountains)...

Meanwhile... I wanted to clone the SSD to an HD so that I could try booting the clone on the other Mac without messing up the original SSD. Worked *except* SuperDuper failed to rebuild the prebinding after successful copy. 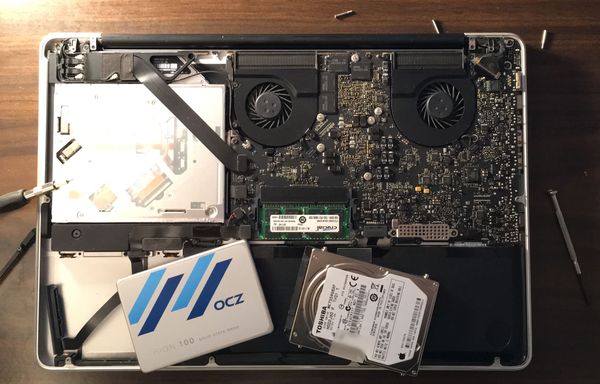 Tracked down what it was trying to do, ran the command (/usr/bin/update_dyld_shared_cache + args), but that still failed. OK. So, reading around, didn't look critical because it just affects 1st boot time.

So, on to next step that SD normally does, which was to make the system bootable.

Learned about the bless command, managed to figure out how to run it to activate the "Blessed" system folder and system file, and, managed to boot OK off the HD SSD clone.

By that time the mini 4 had arrived too, so, I could then install the apps I'd downloaded without having to redownload 30GB. Keeps my ISP happy! :-)

Mac is now back and working again too. A trip with Mrs. Jones to the store and back this morning. No rain or fog thankfully. Swapped the HD out and the SSD back in. Put back the extra 4GB memory to make 12. Definitely a new motherboard since there's no serial # on it. 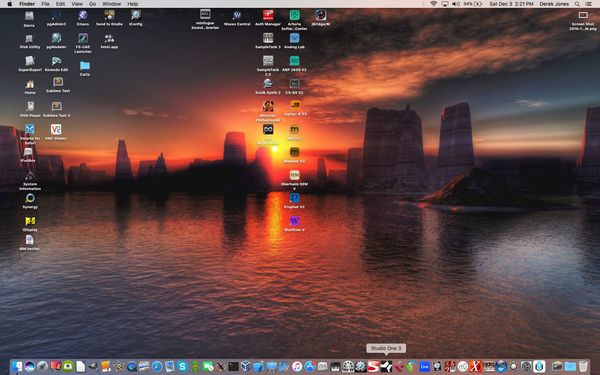 Oh and Mrs. Jones gets a new (new to her) iPad out of the whole deal too. Her mini 1 had been on the fritz; display was jumping around, sometimes without being touched a bit like my old 5C that gave up, and not responding or mis responding to touch. So, now I have the mini 4, I passed on an older mini 1 (she doesn't need more than a mini 1 for her landscape architecture work).

Also this week, on the Mac system I use the iCM2/4+'s and other iPads with, which is connected to a 16.0.2, I also had an issue with the headphone jack. Being very careful not to trip on the cable, I, err, tripped on the cable! :-O Sheared the housing out around the jack. 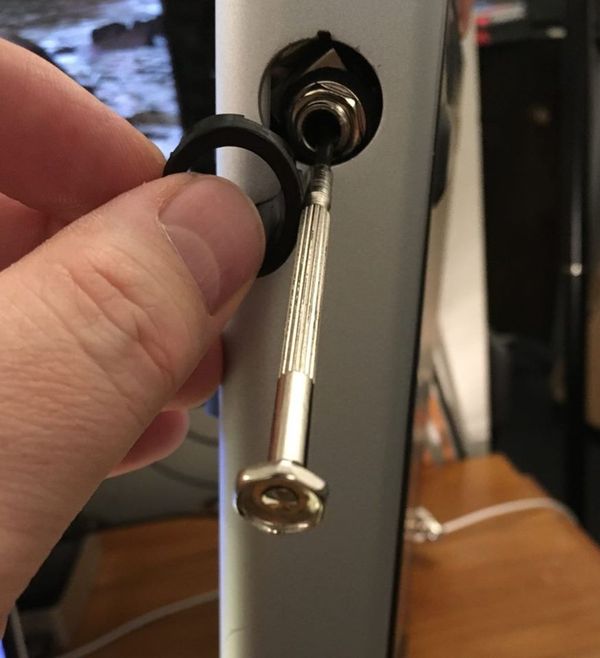 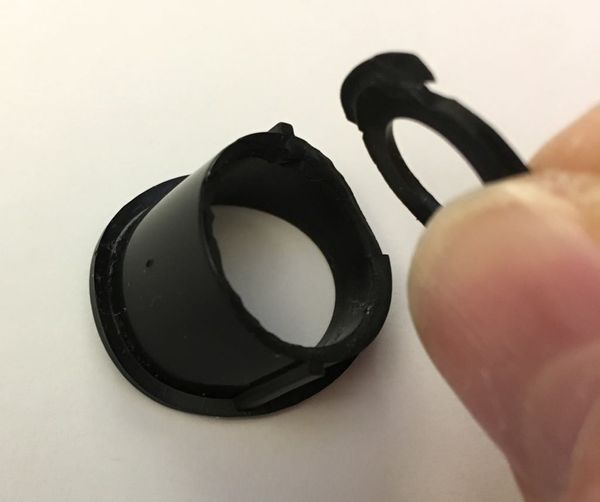 I worked for a while with the jack hanging out the side... 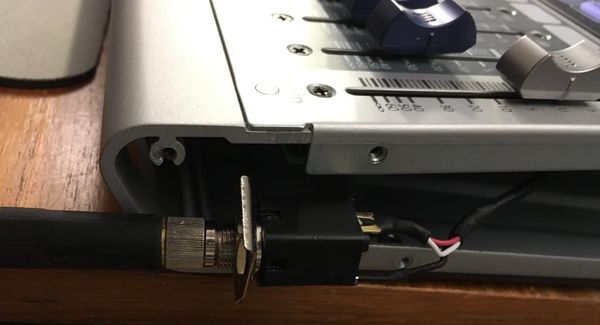 ... but then Rick Naqvi of Presonus very kindly expedited me a new housing and I got that replaced as well.

So now the system I integrate the iPads with the DAW in is also back up and running.

Was a bit fiddly and I didn't have a socket to fit, so had to make do with a screwdriver. Even the needle-nosed pliers I bought were too big

The Ovation I ordered also arrived. Well, it's actually the *second* Ovation I've had this week. The first one had a broken tuner, but Sweetwater did a turnaround advance replacement (Kudos!) and the new one is now here too. Cool!

Been an interesting week as I say. :-)

Now - hopefully - we also get the washing machine replacement sorted out this evening. Been waiting for two weeks on that too.

All's well that ends well as they say. :-D